In this episode we're digging deep into the past of a radical history of personal computers, community networks and the rise of people's technology. Our guest is engineer Lee Felsenstein, who relates a story of activism and engineering.

Lee is a computer engineer and a massive influence on the history of computing culture and the design of personal computers.

The story of the computer that’s often told is about its early birth and use by the military, and later about the rise of personal computers sold to the public, by companies like Microsoft and Apple.

That’s a story worth retelling and dissecting, but Lee Felsenstein’s story is firmly rooted in activism in the 1960s and relates an alternative history of the rise of a people’s technology built primarily for empowerment and community.

Lee was raised in a family of activists in Philadelphia. His parents took parts in marches and rallies, copied and distributed political flyers, and brought a young Lee along. When he went off to college to study at Berkeley, at that point it was one of the most politically-engaged college campuses in the country, embroiled in what was known as the Free Speech Movement.

The Free Speech Movement was an ongoing student protest against the leadership of UC Berkeley who had been attempting to prevent students from speaking publicly and organizing about political topics such as civil rights, anti-war in Vietnam protests and other activism.

Having been raised in a politically-engaged family Lee was part of this student movement as soon as he arrived on campus. And he was drawn to use his own family background as political activists combined with his study of engineering.

Lee attended political organizing meetings, hoping that students “smarter than him” would press him into useful service…until one day he saw the limits of that approach.

I realized that I had to basically go out and explore in advance of being asked to do things. But then…what was I supposed to do? I didn’t know. But what I did know was that the free speech [movement] mobilized students into a community, and by making cross-communications easy as possible. We had a phone room and that became the prototype of not only the next few years of switchboards-which were these special interest info referral places, a phone and a file card box maybe and a bulletin board-but also the prototype of the social internet. Because rather than engaging in hierarchical communication, issuing orders and taking reports back and so forth, no one knew how to do that. We understood that’s how the university did things and we didn’t want to do things that way. It became a place where people could call in, ask questions or tell people they had an idea. They wanted to do something. Were there other people that could help? It became a place for people to become connected. 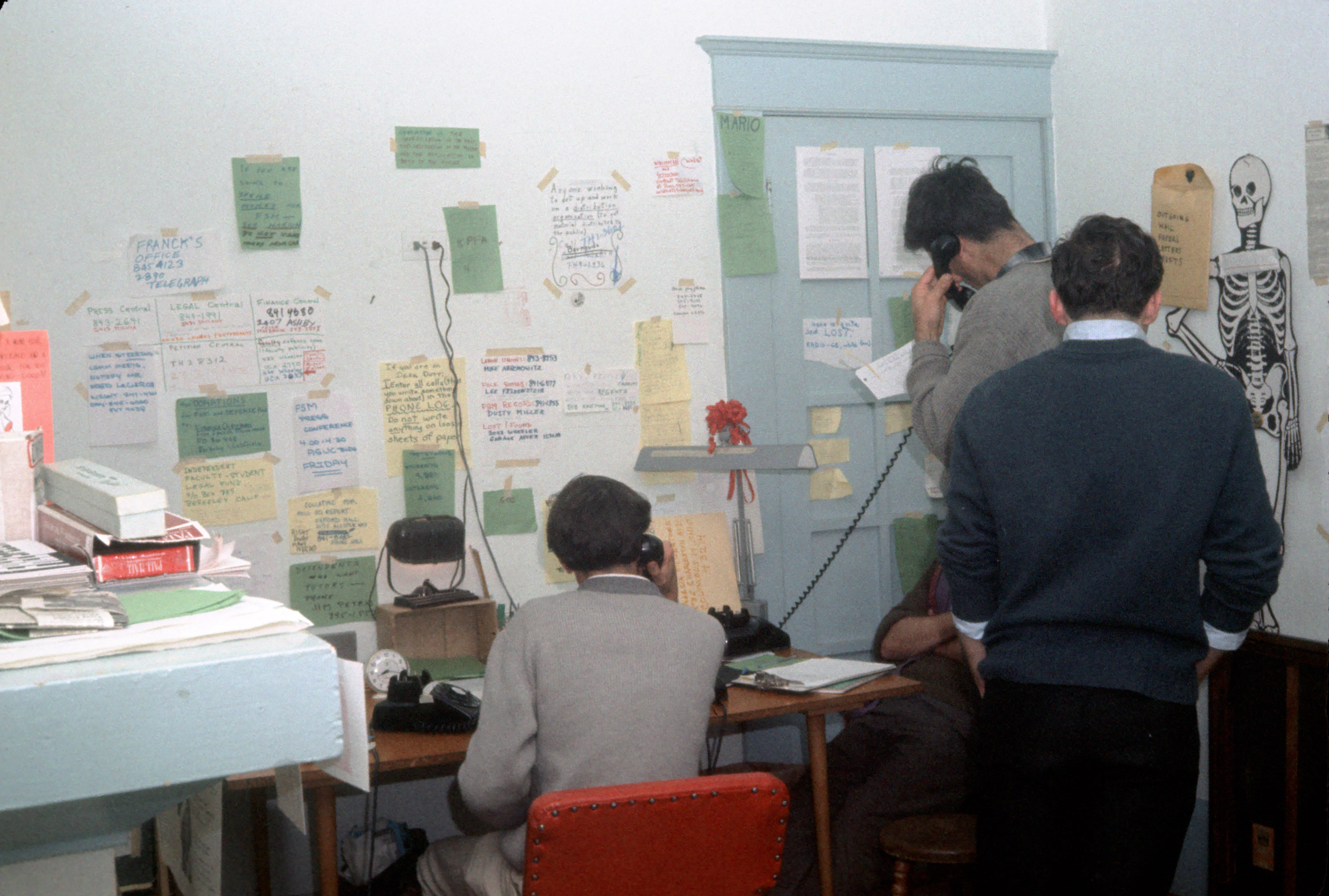 Lee’s witnessing of the underground switchboard prompted an idea: and for that he needed access to a computer network. Later he took a position as an engineer at Resource One, a radical idea for a people’s computer center at Project One, a DIY commune of artists, technologists, musicians, psychologists, alternative schools, darkroom and community radio. There, Lee worked on a team to build Community Memory, the first public community bulletin board, predating the web and social media by decades.

Lee is also responsible for playing a key part in the early homebrew computer community and was interested in democratizing computers for the public. He saw the need for creating community groups to meet and learn about computing, and he designed an early affordable homebrew machine that he called the Tom Swift Terminal that he described as a Convivial Cybernetic Device. Later he designed the Osborne-1 computer, the first portable computer, an ancestor to our laptops. And he continues to be active in open source communities and a number of projects to this day.

Lee Felsenstein is an electronic engineer, a designer of new products, a researcher into aspects of how people can make use of such products, an explorer of new ways to build and apply designs, a writer, lecturer and teacher. His designs and products have had a significant influence on the definition and utility of the personal computer, and on the form of the personal computer industry. And he was one of the first to apply principles of “open architecture” to computer hardware design. Lee continues to experiment in technology, ideas, stories, and books, sharing news and stories through his page on Patreon.

Our music in this episode is Funky Garden by Ketsa and The Maschinemensch by Noel Griffin.